TACHIKAWA, Tokyo — While the tourism industry in Japan suffers amid the coronavirus pandemic, a recently opened, aviation-themed hotel in this suburban west Tokyo city is flying against the headwinds.


Once upon a time, Tachikawa was called the “town of the sky” because of its prosperous aviation industry. With this history, what brought about its new urban resort Sorano Hotel? From the hot spring infinity pool on the hotel’s rooftop guests can gaze up at blue skies dappled with white clouds and cast their eyes down verdant greens stretching across an expansive park. The hotel is situated beside Showa Memorial Park in Tachikawa, a 30-minute ride on the Chuo Line from Shinjuku Station.


Its concept is “well-being” — being kind to our bodies and souls, and the hot spring pool symbolizes the ideas behind the hotel.


The objective decided during the hotel’s initial development stage in 2015, five years before its opening, was that it should both raise Tachikawa’s profile as a city and not compete with existing hotels. The pool was the result of work among the staff in charge of development and others in hopes that it would become the hotel’s iconic feature.


However, it wasn’t definite that they would be able to find a hot spring there, and the cost for each kilometer they dug into a hole in the ground to find one was priced at hundreds of millions of yen. The dig was a gamble, but luckily hot water burst forth from a depth of 1.4 kilometers.


Next to the hotel’s 60-meter-long pool is a lounge that gives the facility the atmosphere of a resort hotel abroad. On a clear day, Mount Fuji can even be seen from it.


But the hotel’s inauguration celebration had to be scaled down due to the coronavirus pandemic. Instead, a small, quiet opening ceremony attended only by individuals with involvement in the business was held on June 8 last year. Under a subdued mood brought about by people being asked to refrain from engaging in many activities, no party or reception was held. The venture was being launched against headwinds that had already hit Japan’s tourist industry hard.


In March 2020 the hotel was on the verge of opening. But then the coronavirus pandemic created delays lasting over a month for deliveries of materials and furniture from abroad. Training for opening staff was also insufficient, and the company was forced to postpone its opening originally slated for mid-May.


Hiroyuki Sakamoto, director and COO of the hotel’s operator Tachihi Hospitality Management Co., recalled, “We felt really apologetic to our guests who had been looking forward to the opening.” Sakamoto’s career has included his participation in management and improvement plans for a number of famous hotels including Huis Ten Bosch hotels in the southwestern Japan prefecture of Nagasaki and the Windsor Hotel Toya Resort & Spa in the northernmost prefecture of Hokkaido. He joined the Sorano Hotel team in 2017, when it was in its preparation phase.


But the facility’s average occupancy rate right after opening in June and July 2020 hovered around 10-20%. Meanwhile, the hotel launched new plans to adapt to the sense then that society would have to learn to live with the coronavirus. Marketing department staff proposed and implemented ideas such as a day-use offer for customers teleworking at the hotel. Under it, guests were encouraged to work at its sofas set up at balconies and other places.


Since last summer, the occupancy rate slowly started to pick up, as the hotel’s spacious guest rooms — which are all at least 52 square meters — developed a positive reputation for enabling guests to stay in an environment rich with nature, and away from crowds and close contact with others.


Although another state of emergency was issued again in Tokyo and other prefectures in January, Sakamoto’s outlook on the coronavirus pandemic is positive, saying, “It’s a wind we can be propelled by.” He went on to say, “If we offer opportunities to relieve everyday frustrations, high-value experiences like feeling some sense of freedom, and moving experiences, guests will be willing to pay for them.”


One hint of the origins behind the Sorano Hotel’s name (“sorano” means “of the sky” in English) is a light aircraft situated in a shop in the “Green Springs” complex, which the hotel is also part of. Its bulky orange body attracts visitors’ attention. This is the famous R-HM type lightplane nicknamed “Pou-du-Ciel,” or “Louse of the Sky” in English, also known as the “Flying Flea.”


The predecessor organization of hotel parent company Tachihi Holdings Co. was the Ishikawajima Aircraft Manufacturing Company, founded in 1924. The company later changed its name to Tachikawa Aircraft Company, and manufactured some 10,000 aircraft of about 50 types including the “Aka-tombo” (red dragonfly) training aircraft and the Imperial Japanese Army’s mainstay “Hayabusa” (falcon) fighter. It is said that at the firm’s peak it employed some 42,000 people, making Tachikawa one of the foremost “sky towns” in Japan.


Although the Japanese aircraft manufacturing industry was broken down after the war, New Tachikawa Aircraft Co. resumed domestic plane manufacturing, and produced a number of significant aircraft such as the type R-HM.


New Tachikawa Aircraft restructured in 2012, and upped its commitment to developing real estate under its new parent company Tachihi Holdings Co. The “Green Springs” complex, which houses a multi-function hall, an art museum, cafes and other facilities, was completed in April 2020, and the Sorano Hotel opened as a part of the complex.


Along with its sky-related history, the hotel also has items referring to it, too, including its original sake “Tachihi no Sora” which translates roughly to “The sky of Tachihi.” The hotel’s drinks director Moichiro Horiuchi visited Sakunohana Sake Brewery in the central Japan city of Saku, Nagano Prefecture, and the brewery created sake for the hotel using rice cultivated with almost no agricultural chemicals by farms in the Sugadaira Kogen highland.


There are three “Tachihi No Sora” sake types, including junmai daiginjo, which has a clear, sharp taste. Horiuchi named the sake with the hope that the guests would associate the image of the sake “with the clear sky seen from the hotel.” He recommends a visit at dusk to the “Sorano Rooftop Bar” on the 10th floor, where customers can taste “Tachihi no Sora.”


Guests can see the sun go down the horizon of western Tokyo and neighboring Yamanashi Prefecture, and the infinity pool tinted a sunset red. “I’d like our guests to enjoy the sake while taking in the view from the windows,” said Horiuchi. “I’d be glad if they recall the scent of Tachihi no Sora someday and think, ‘I’ll go there and see that sky again.'”


The hotel’s concept “well-being” is present in its food, too. The dishes served at its “Daichino Restaurant” on the first floor are “crossover cuisine” themed. There, elements of dishes from many countries are mixed with “washoku” Japanese cuisine and served to customers.


Its menu was created by a kitchen team led by grand chef Mitsuyoshi Takeda, who specializes in French cuisine, and chief chef Yoshiaki Fukuhara, who honed his skills at a long-established restaurant in Kyoto. Its specialty “Daichi no Salad,” which uses more than 30 kinds of seasonal vegetables and vivid pink and yellow edible flowers, is a feast for the palate and the eyes.


To bring out the best in the ingredients, each vegetable is prepared differently. As you bite into the pumpkin and maitake mushrooms, sweetness and umami spread in your mouth, and they go well with a gelee made with shellfish broth.


The hotel is also considering working with a registered dietitian to develop low-calorie, low-fat and low-sodium offerings. “I’d like to create original dishes that we can show to the world, not just adding Western or Chinese elements to washoku,” Fukuhara said.


In addition to its enhanced facilities and cuisine, the hotel puts an emphasis on training staff even amid the coronavirus pandemic. Sakamoto said, “Hotels are not all about hardware and software, but ‘humanware,'” and stays positive despite the difficulties in the market today.


“It touches our guests’ hearts to see the energy of our staff, who are improving themselves every day and acting with insight and passion,” Sakamoto said. “We’d like to put all our energy into continuing to hone staff who can excel worldwide.”


Sorano Hotel is located at 3-1-1 Midoricho, Tachikawa-shi, Tokyo. It is an eight-minute-walk from the north exit of JR Tachikawa Station, or a five-minute-walk from Tachikawa-Kita Station on the Tama Intercity Monorail Line. Reservations can be made from major hotel booking sites or the official website at: https://soranohotel.com/en/. For more information, call 042-540-7777. 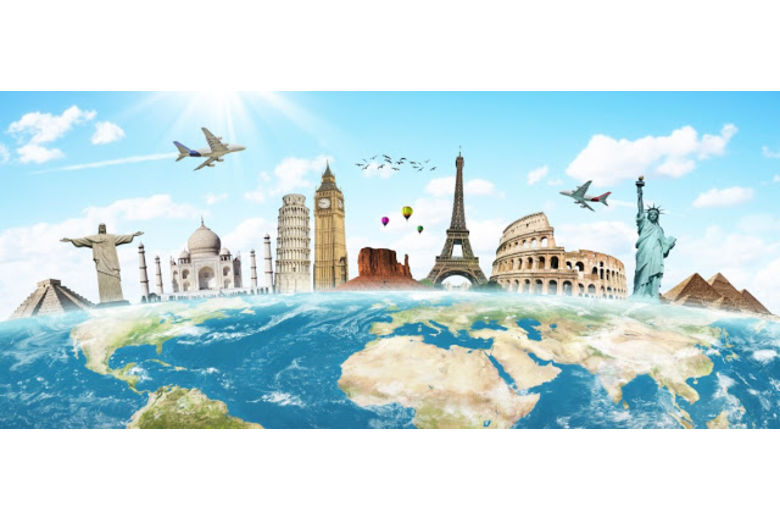 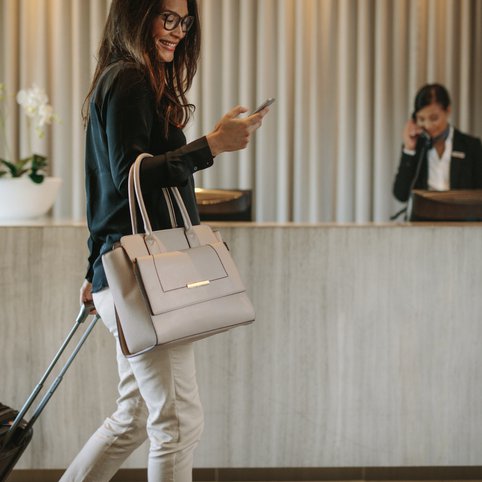 Here’s Why It Pays to E book Hotel Stays Now 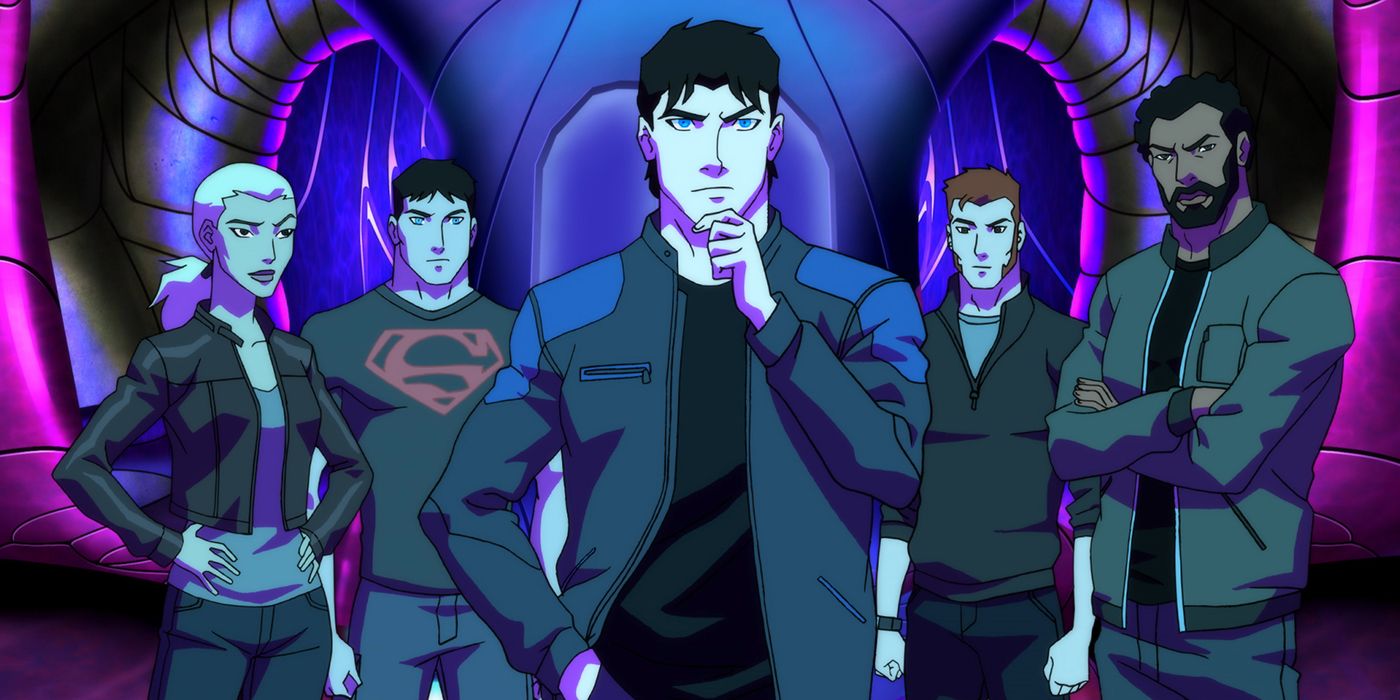