From the golden cliffs of Helliwell to the turquoise waters of Tribune Bay, it’s easy to fall under Hornby’s spell. But getting to Hornby Island from Vancouver is an adventure in and of itself.

Hornby Island is part of the Northern Gulf Islands. To get there from Vancouver, you’ll have to either drive and take the ferries (yes, that’s ferries – plural) or fly.

A trip to see “Little Hawaii,” as it’s sometimes called because of its white sand beaches with tropical-hued waters, demands more travel time than a weekend getaway can provide.

To avoid the ferries, opting for a quick flight to Hornby Island instead is a great option if you have friends or family on the Island with a car.

Although it’s possible to get through Hornby without a car, you’re more than likely to want your own set of wheels to explore. Don’t expect to find an Avis or Budget car rental on Hornby Island, either. Although a Hornby Island bus services the area and it’s also possible to cycle your way around Hornby, the vast majority of travellers opt to take the ferries with a vehicle.

Taking the ferry to Hornby Island

But pack your patience because while it’s possible to do the whole voyage in five hours, that’s not the reality on the ground.

This is because the smaller ferries that connect Vancouver Island to Denman Island are notoriously packed – especially in the summer when there can be multiple sailing waits at peak times.

BC ferries told Daily Hive that these routes are “traditionally busy in the summertime” and in 2022, traffic on minor routes is consistent with pre-pandemic years. They have no immediate plans to change service on these two routes.

“Overloads do occur on all of our routes. These routes are no different,” BC Ferries said.

“Wait times vary depending on time of day and day of the week. Fridays and Sundays, for example, are busy with weekenders travelling to and from the islands.”

These smaller ferries take only about 10 minutes and run on a schedule you’ll want to keep handy as you voyage.

The ferries will enter shuttling mode at peak times – forgoing the schedule and going as fast as they can between the islands. But the ferry comes only about every 40 minutes, even at top speed. So if there’s a two-sailing wait, that will add at least an hour and a half to your itinerary.

These smaller ferry routes are not bookable online, either. You pay once you arrive – your ticket you buy at Buckley Bay includes return fare – and it’s first come, first served.

That’s why an early start is important – especially leaving Hornby Island because if you don’t make the final sailing of the day, then you’re spending another night there! 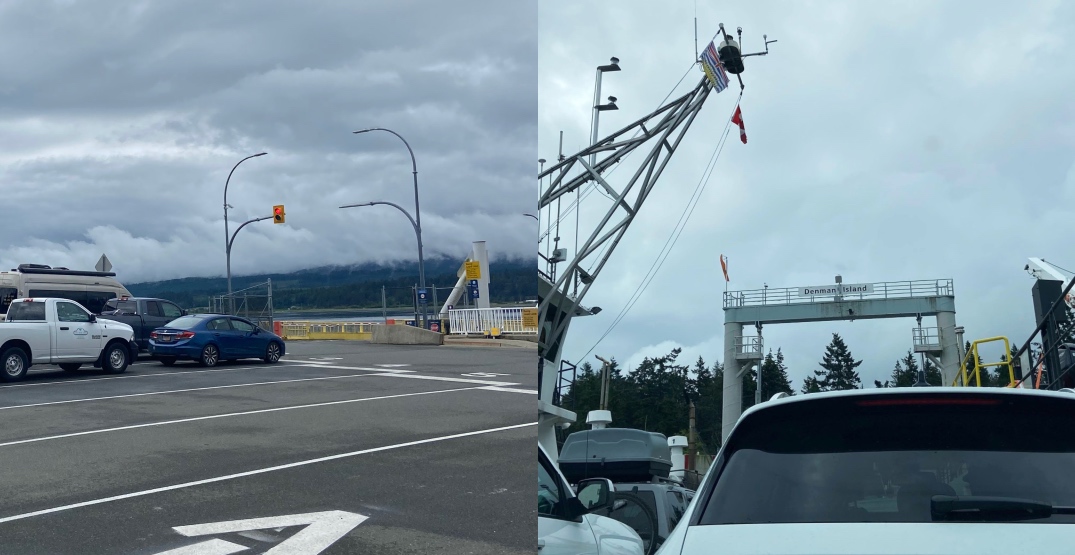 Waiting for the ferry and onboard the ferry

A trip to Hornby Island isn’t cheap, either. I paid about $375 roundtrip in ferry fares on my recent trip. Fares vary depending on your number of passengers and vehicle type. But for $375, I could have gotten a flight to Los Angeles and probably arrived faster, too.

Still, once you’re there and maybe after you’ve had a nap to recover from your early start, there’s nothing else like it in BC!

Is Hornby Island on your BC summer must-see list?

7 Takeaways From Online Travel Agencies Slugging It Out on Mobile

Thu Jul 28 , 2022
Skift Acquire As soon as dismissed as a fee-cost-free loss leader, flights are a new battleground as Expedia and Hopper compete around search phrases and customers on mobile. Dennis Schaal Online Vacation This 7 days There had been winners, such as Vrbo, Hopper, and Expedia, and losers such as Airbnb, […]