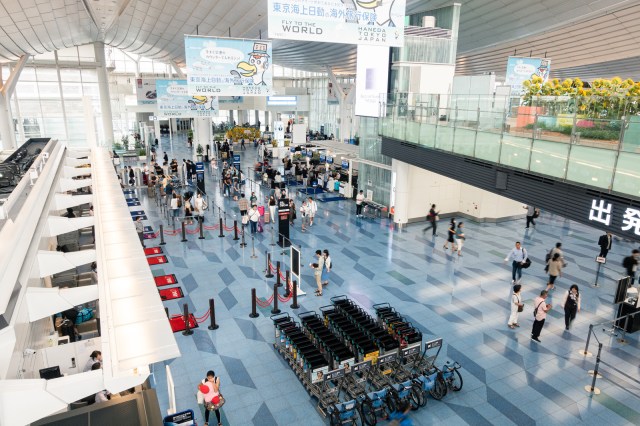 Company also shares which departure dates are the most popular throughout the months of July and August so you can plan accordingly.

As the first summer since the start of the pandemic when more countries are beginning to relax their border policies and encourage tourism again, summer 2022 is shaping up to be a big season for the travel industry. To give travelers a sense of what exactly this summer has in store for them, Japanese travel agency HIS recently shared a report titled 2022 Summer Vacation Travel Reservation Trends. The report reveals information about the most popular travel destinations (both domestic and overseas) booked through its firm for this summer, how certain places stack up compared to last year’s bookings, and even what the most popular departure dates for travel are. The dates of the report correspond to July 21 through August 31, which is the typical timeframe for summer vacation among schoolchildren.

▼ Buckle up and try to predict where the bulk of Japanese travelers will be headed in just a few weeks–especially to escape the big city!

First, a stat: Reservations for overseas travel are up a staggering 2,191.1 percent compared to last summer. Despite increased opportunities for leisure travel, international travel from Japan is still only at 10 percent of what it was pre-pandemic levels due to limited flights and other reduced services.

Honolulu remains the top international spot since last year, continuing its longstanding status as a popular overseas destination for families where they can get by speaking largely Japanese. South Korea also began accepting tourists from overseas this month and the country is expecting a large influx in the coming months. Finally, it’s interesting to note that demand for overseas travel to North America and western Europe has also increased to close to 90 percent of its 2019 levels, at 83.2 percent and 89.2 percent respectively.

▼ We see no reason why anyone would ever want to wake up to this in Hawaii. Nope, no reason.

The most popular departure dates for overseas travel are clustered around early August, in particular prior to the Obon festival period (August 13-16, 2022) when many workers take some time off. You may want to avoid these specific dates if you’ll be heading to the airport around then.

Meanwhile, domestic travel within Japan is up 486.4 percent compared to this time last year. It’s also slowly returning to just under 90 percent of what it was pre-pandemic.

In the case of domestic destinations, HIS has only released the top five. Perhaps it comes as no surprise that Okinawa and Hokkaido, voted the prefectures with residents who have the best personalities, reign supreme. Reservations for Osaka have also jumped by 2,002.9 percent compared to last year, perhaps of pent-up demand to visit Universal Studios Japan’s Super Nintendo World, since this will be the first summer for the expansion since the widespread rollout of COVID vaccines in Japan.

▼ When it comes to Okinawa reservations, 75 percent are for the main Okinawa Island, 15 percent for Miyako Island, and 8 percent for Ishigaki Island. Okinawa’s popular Eisa Festival will be held for the first time in three years in late August.

Compared to the international departure dates, starting dates for domestic travel are more scattered. It seems like many families plan to fly off shortly after school summer vacation begins, though.

If you’re in the Tokyo area with no plans to hop on a plane quite yet, maybe your family will find enjoyment in something a little closer to home by visiting a giant moving robot or plummeting down a massive slide with views of Mt. Fuji.

The Hottest New Hotel Openings Around The World This Summer

Tue Jul 12 , 2022
The rooftop pool at the new Sindhorn Midtown in Bangkok. It is the first hotel in Asia to be part of … [+] the new IHG brand, Vignette Collection. IHG A sizzling summer continues with the rebound from eager-to-travel passengers refueling airlines, hotels and cruise lines along the way. The […]