Albert Einstein famously once said it best: “The definition of insanity is doing the same thing over and over and expecting different results.” It feels somewhat apt to quote a scientist given given the influence neuroscience is having over hotel design and hospitality in 2022. This year, it’s like someone opened the floodgates to allow for a rush of ideas, concepts and blue-sky thinking that referenced weird and wonderful possibilities for the future of hotel design.

Just when we thought we had seen in all on the editorial desk, along comes a concept, now in development, for a 106-long mirrored city in Saudi Arabia, London’s largest timber development and hotel brands entering the metaverse – and that was all in the last few months alone.

With so much noise, it can be hard to take a moment to soak it all in, which is why we have broken down our list – a wishlist, if you like, of future hotels we would love to check in to – to focus on just five hotel concepts that we think will transform the hotel design landscape. 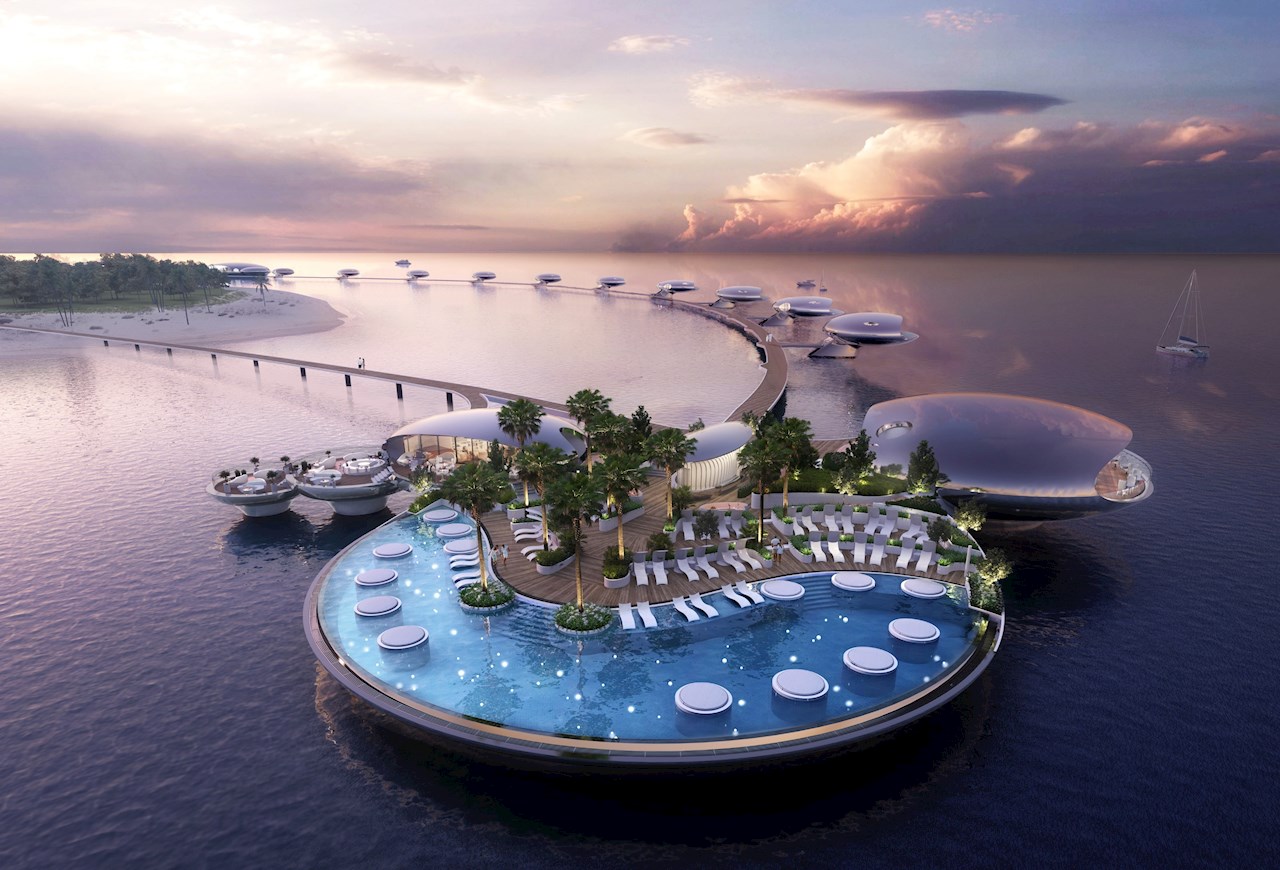 No region has been louder in marking their territory on the future luxury travel landscape than Saudi Arabia. And if you’re looking to get inspired by new, audacious hotel development projects, then look no further than the Red Sea Development. Following a difficult few years for the tourism industry, the country is calling for a new image – one that puts itself at the forefront of luxury travel. With the aim to ‘tear up the rule book’, The Red Sea Development will see new hotels emerge from brands such as  EDITION Hotels, St Regis Hotels & Resorts, Fairmont Hotel & Resorts, Raffles Hotels & Resorts, SLS Hotels & Residences, Grand Hyatt, Six Senses and Jumeirah Hotels & Resorts. 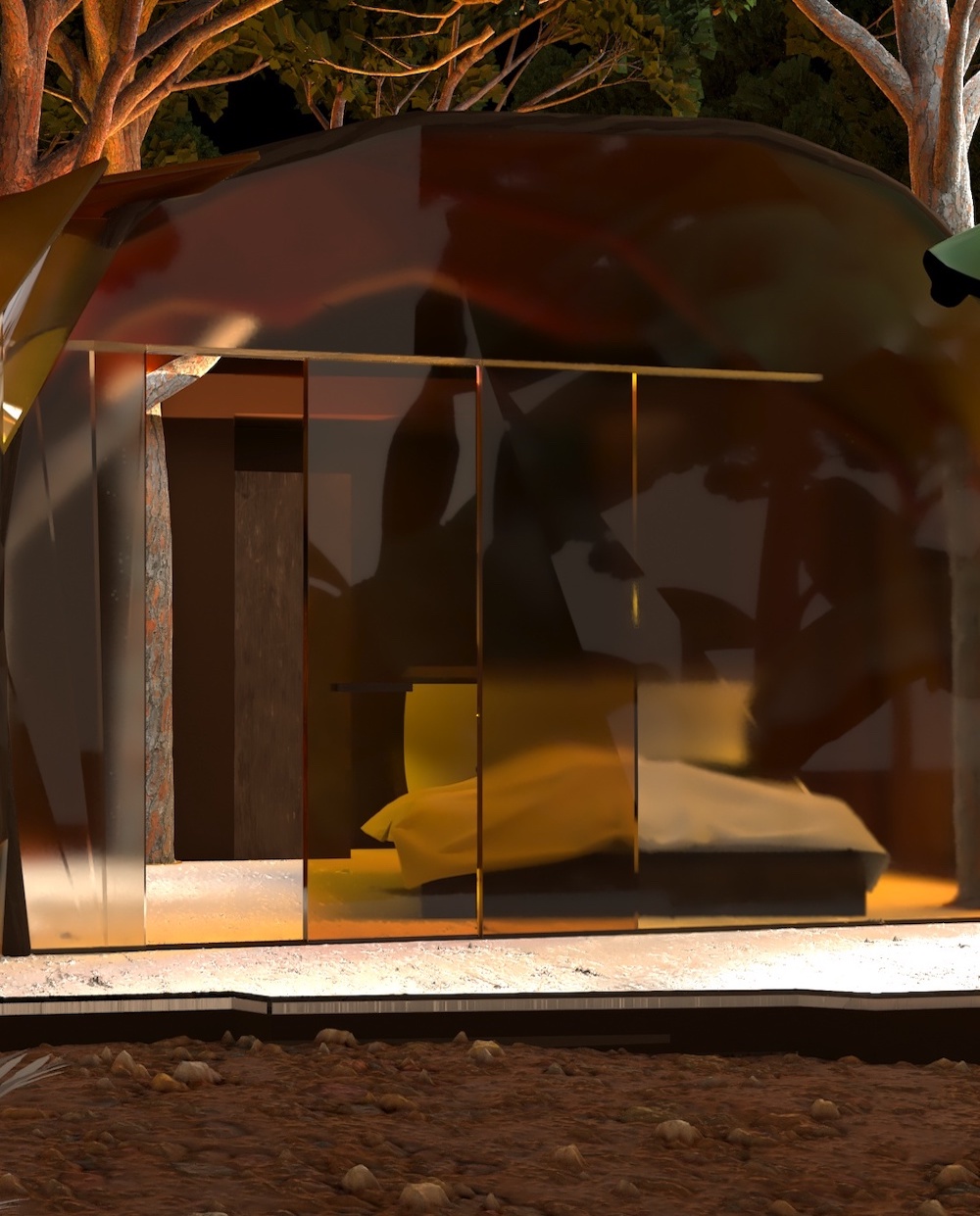 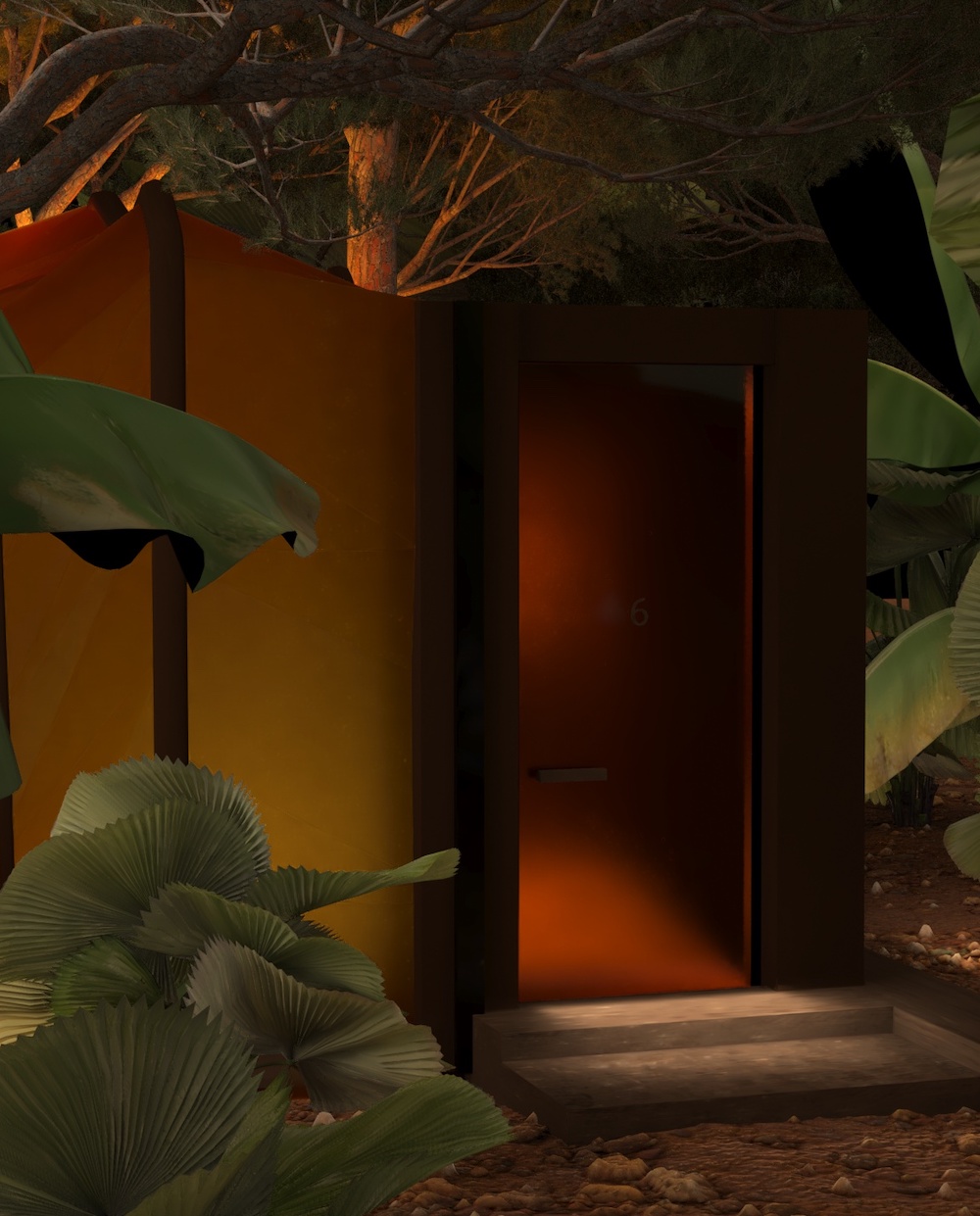 Our next project doesn’t come from a well-known interior design or architecture studio. Nor does it come from an established brand. Instead, our next project comes from a handful of students – in many ways, our future – who entered the Accor Design Awards last year, and came out of it with a concept that the judges deemed ‘a highlight’ from the campaign.

The Coccon project, a hotel concept unveiled by the students from L’Ecole de Design Nantes Atlantique, was one of the highlights of Accor Design Awards in 2021. The sustainable shells of each ‘cabin’ or ‘suite’ stunned the judges with the designers’ level of creativity, flair and knowledge of innovative materials.

The hotel presented to the judges catered to the rising demand of bleisure travel. Forget the typical corporate shell, though, because this hotel suite concept – made from biopolymer, local wood and other eco-friendly elements – has been designed for the future as a one-off travel experience in Africa.

Mirror mirror on the wall – and around my city 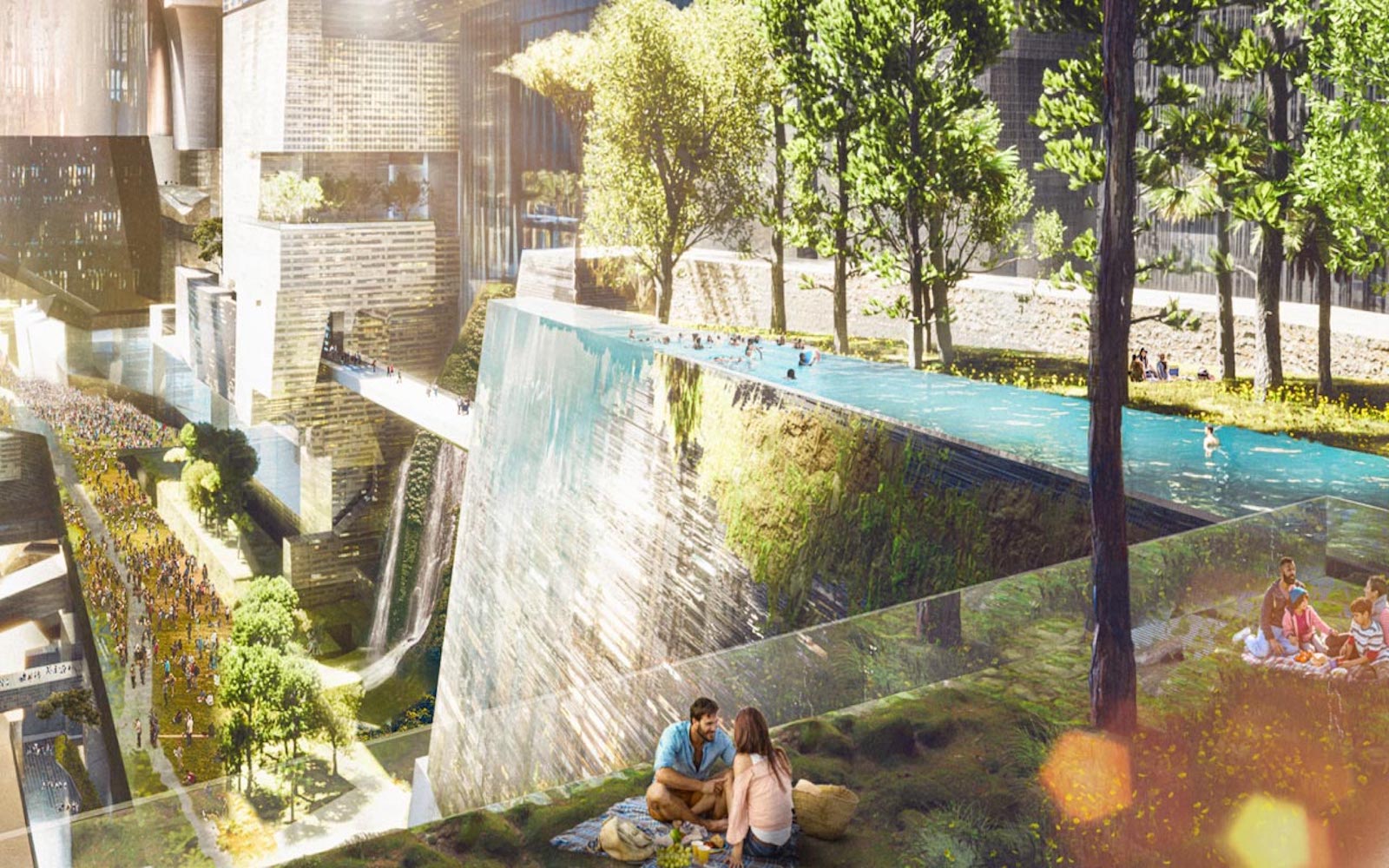 The next project in our edit is like looking at a future episode of black mirror; it’s like a futuristic version of the Handmade’s Tale. But make no mistake, this concept is not only real – it’s happening. Since Crown Prince Mohammed bin Salman announced that he wanted to turn a stretch of dessert in Saudi Arabia, roughly the size of Belgium, into a high-tech linear city that will be contained within a mirrored wall, things have developed somewhat speedily. New images have emerged all over the internet showing the foundations for the project, known as The Line that is part of the Neom development, taking shape.

For some, the idea of living in a mirrored city is a step too far. Nonetheless, its unconventional approach to city design has got us thinking about the future, especially as this month Hotel Designs is focusing its editorial gaze on weird and wonderful hotel concepts.

To the metaverse, and beyond 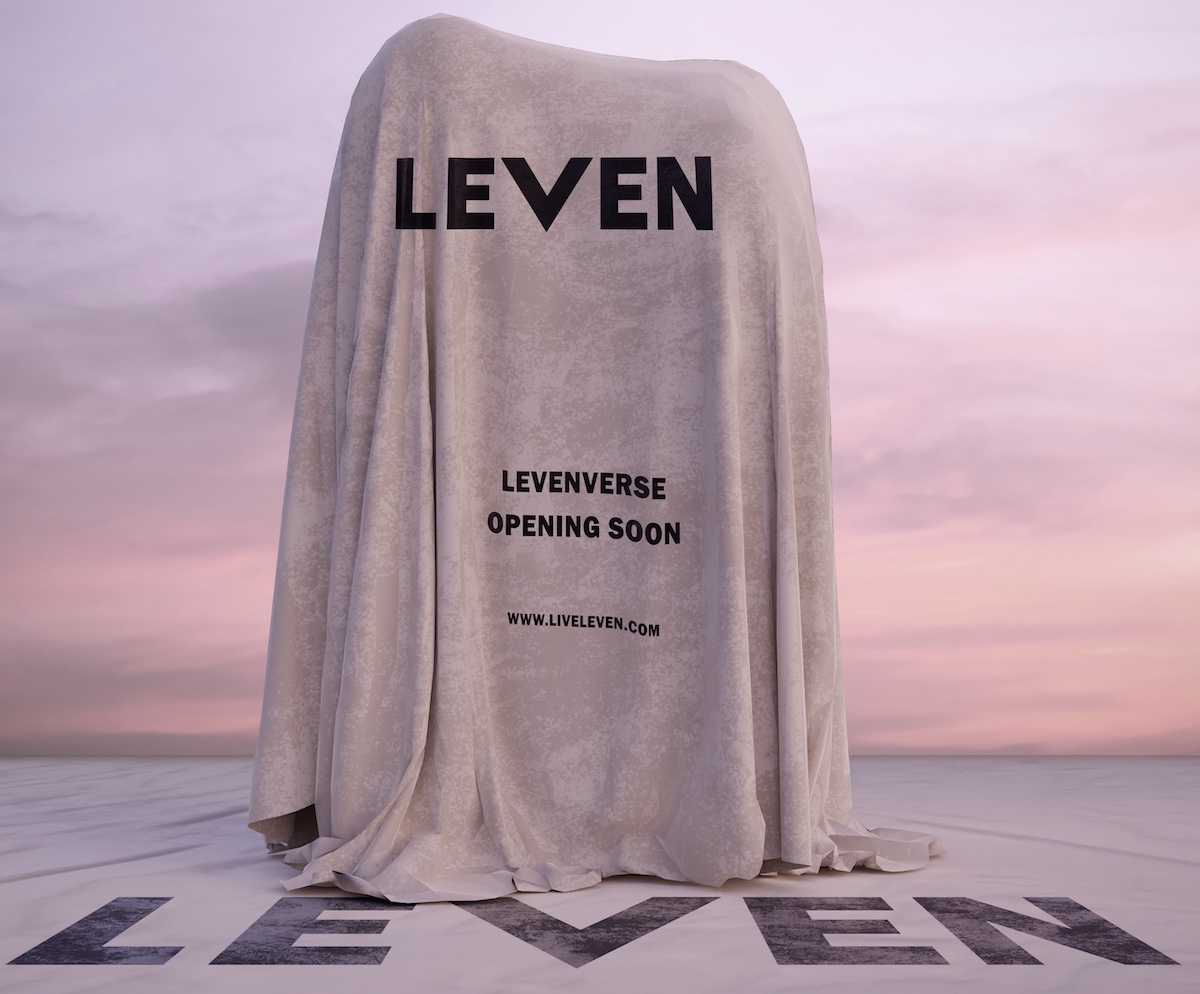 I’m thinking of a place that has no latitude or longitude. In fact, it’s not a place at all. Where am I? Who knows is most honest answer, but many are calling it the metaverse, and, following recent a recent experience, it’s not as scary as it sounds. Earlier this year, brands such as citizenM and LEVEN caused a PR storm by announcing their first steps (for mankind) in the metaverse. It may not be a conversation that everyone wants to listen to – or get involved with, at the moment, but ignore this technological new chapter at your peril. It’s clear that businesses are investing in this space, and given how hospitality has always answered to the rear behaviours of people, virtual reality is slowly starting to integrate into the physical world to offer an experience hotels today just cannot match.

Rocking the boat in luxury hospitality 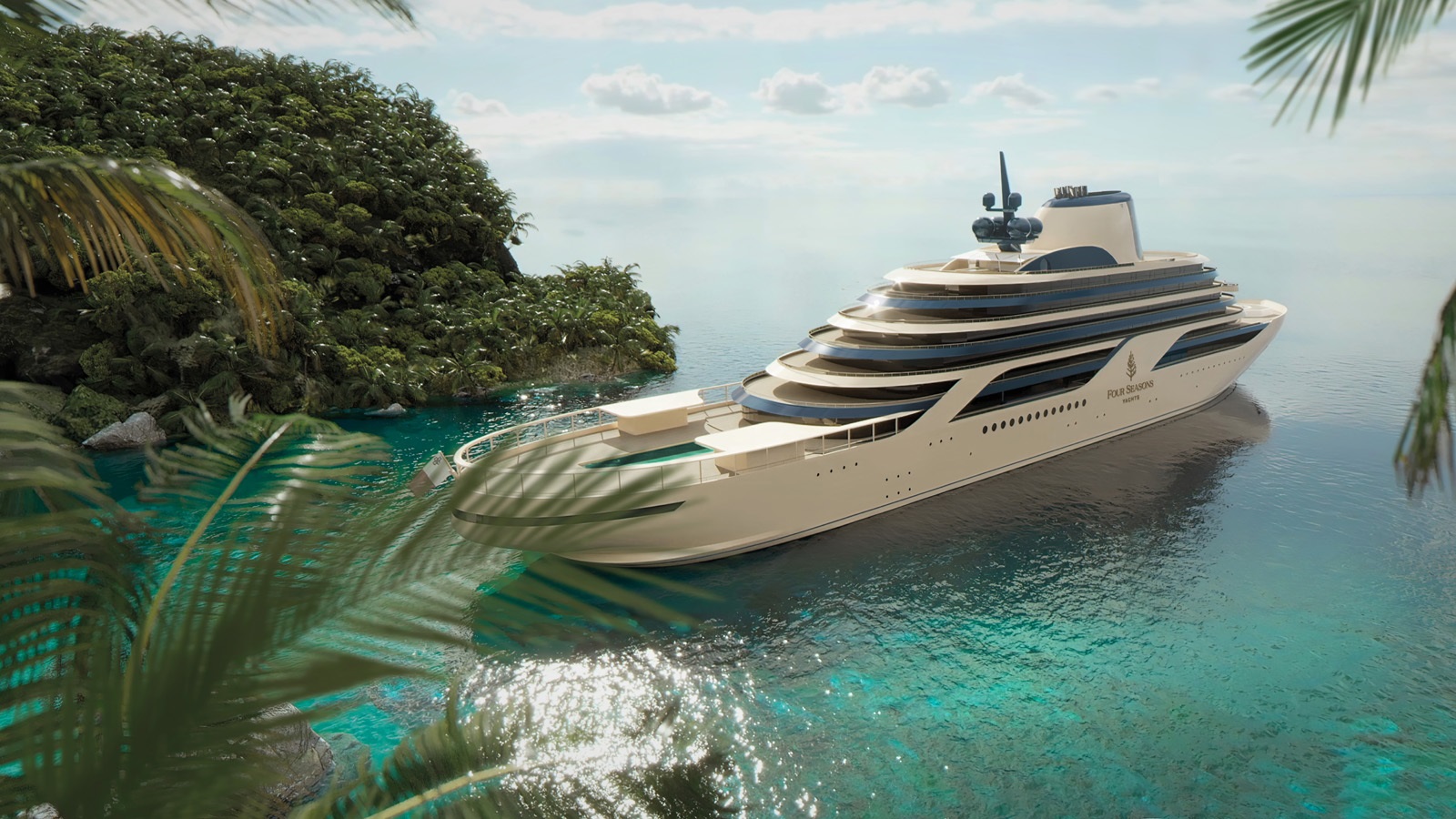 It may not be the first luxury hotel brand to launch a floating vessel, but Four Seasons’ very recent announcement to unveil a ‘floating hotel’ was something of a splash in the world of hospitality and travel. With interiors by Tillberg Design of Sweden and London-based Martin Brudnizki Design Studio, and with Prosper Assouline at the helm of creative direction, the Four Seasons Yachts, sheltering 95 cabins, is taking the hotel experience on board and sailing into the sunset with its first voyage expected in 2025.

Thu Dec 22 , 2022
As a hotel operator, staying on top of your finances is essential to the long-term profitability of your business. With the right financial information at your fingertips, you can make sound decisions for your hotel, fine-tune your business strategies, deal with any red flags before they become bigger problems and […]